Portugal… Cristiano Ronaldo’s Portugal.. the knockout devil caught them again. Portugal is out of 2018 FIFA world cup at Pre-quarter stage. It was well scripted by Edinson Kavani’s double blow which made Uruguay into the quarter finals round.

Uruguay, the team with the best defensive record in the group stage at the 2018 FIFA World Cup Russia with zero goals conceded, held firm to sink Portugal 2-1 in Sochi on Saturday.  Urguguay will now meet the dangerous France on the quarter finals who beat Argentina earlier on the day to qualify as the first team in Quarter finals of 2018 FIFA world cup.

The game completely hold by Edinson Kavani’s brilliant performance. First half within 7′ minutes he scored a wonderful goal to give vital lead for Uruguay against Portugal. This was his only second touch in the box, and thanks to the brilliant pass by Luis Suarez.

After being down, Portugal attacked back. Their starman Cristiano Ronaldo was showing glimpses of leveling scores but could not strike into the Uruguay’s net. At the Half time scores were 1 – 0.

On Second half Portugal started showing urgency, back to back attack give them the important corner at 55′ minute. From a brilliant cross, Pepe , 35 years old Portugal’s key man hit the corner of the net to make the scores 1 – 1. Portugal was right back into the game. It was the first goal conceded by Uruguay in the 2018 FIFA world cup.

Pepe, 35 is oldest Portugal player to score in FIFA World cup for Portugal

But Kavani has some other plans. At 62′ minute a well-made attack reach to Portugal’s box, and Portugal defense forgot mark that man in action Kavani. Within milliseconds of getting the goal to his boots he shoot at the right corner of the post. Uruguay 2 – 1 Portugal.

Portugal’s late attack almost penetrate the Uruguay defense, but unlucky Portugal could not get their second goal. Cristiano Ronaldo could not do much for their side and his dreams are still unfulfilled just as Lionnel Messi who also exited from world cup on the same day (France beat Argentina 4 -3 in the pre quarter match).

For Uruguay, Edinson Cavani provided a masterclass in clinical finishing. The Paris Saint-Germain marksman, who now has three goals to his name this tournament, also showcased his usual selfless running and pressing before being forced off with injury. 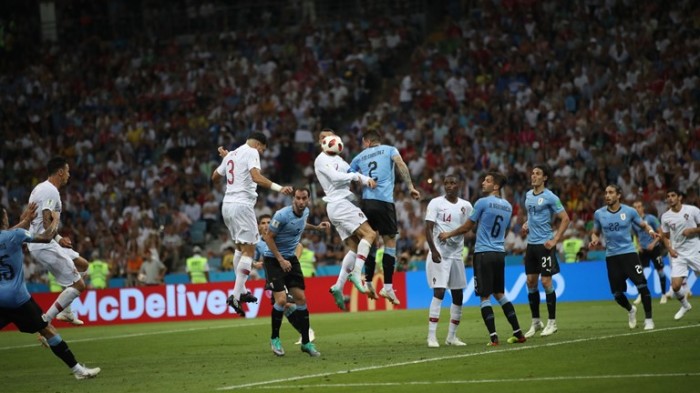 Uruguay will now face France of July 6th at the Quarter finals of 2018 FIFA world cup. 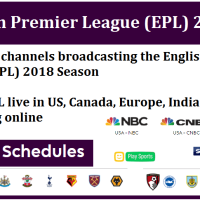