Before the match Germany was required a must win to go into Pre Quarter round of 2018 FIFA world cup. But the resiliant Korea was unbeatable, and with the help 2 goals socred in the injury time of second half make sure Korea secure their first win against Germany and exit Germany out of the world cup.

Even though with the Win Korea also eliminated from the world cup 2018 along with Germany.

Which teams qualified from Group F to the pre quarter round in 2018 FIFA World cup?

This means, the other game Mexico Vs Sweden where Sewden thrashed Mexico for 3 – 0, still Mexico can go to the Pre Quarter round along with Sweden. Sweden placed 1st in Group F standings and Mexico finished with 2nd spot. Germany placed last in the Group F standings without qualifying for 2018 FIFA World cup pre Quarter (round of 16).

Curse of the world champions, this time it is Germany

How many time the world champions are kocked out of a tournament ? Well, Only six times in history have the champions crashed out in the first round, and four of those have happened since the turn of the millennium. Only Brazil, returning champions in 2002, made it past the group stage. France, Italy, Spain and now Germany – four European giants of the game – have fallen at the first hurdle of their defence.

Who is Argentina, Croatia Pre Quarter opponents? France, Denmark Qualified for Round of 16 in FIFA World cup 2018 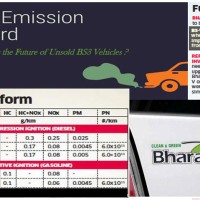