Wednesday, after the dramatic exit of Germany out of 2018 FIFA World cup, the pre quarter line up has been clear by completing all the matches in Group E and Group F, four teams register for their Round of 16 (pre Quarter) berth.

From Group E , both Brazil and Switzerland qualified for Round of 16 knockout phase. In the last match the Zamba Brazil did a cake walk on Serbia by beating them 2 – 0. With the 7 points Brazil qualified as the 1st team from Group E to the pre quarter. Switzerland also qualified with 5 points after their draw against Costa Rica, and they have qualified as the 2nd team in group E in FIFA World cup 2018.

From Group F,  it was breathtaking tight contest. On the final day of their group matches Germany dramatically got unusual defeat from Korea republic and end up as last team in Group F.  Germany was needed at least a draw to qualify for the Round of 16 Pre Quarter matches. But the amazing performance by Sweden who defeated Mexico by 3 – 0 make sure that not even a draw was not sufficient for Germany.   Finally, Mexico and Sweden qualified for the Pre Quarter round.

Who is Brazil Opponents at Pre Quarter (Round of 16) knockout round in 2018 FIFA World cup ?

As Brazil finishes 1st in Group E, they have to face in-form Mexico on Round of 16 match. Brazil needed a clinical performance once again from Neymar and co, if they need to beat Mexico and move to the quarter finals of 2018 FIFA World cup.

Who is Switzerland Opponents at Pre Quarter (Round of 16) knockout round in 2018 FIFA World cup ?

As Switzerland finishes 2nd in Group B, they snatched the chance to face Sweden on Round of 16 match in 2018 FIFA world cup. The match will be tighter for them as Sweden found some good form against Mexico in their last group match. It will be gem of a context.

Who is Argentina, Croatia Pre Quarter opponents? France, Denmark Qualified for Round of 16 in FIFA World cup 2018 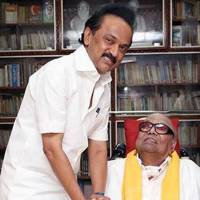