Chadwick Boseman, who gave life and blood to Kids favorite superhero character T’Challa in 2018 Marvel comics movie ‘Black Panther’ passed away today due to colon cancer. He was suffered and fighting against colon cancer for past 4 years.

Chadwick Boseman was an American actor and producer. Along with Black Panther, he was best known for his portrayals of real-life historical figures, such as Jackie Robinson in 42 (2013), James Brown in Get on Up (2014) and Thurgood Marshall in Marshall (2017).

Chadwick and Black Panther fans all over the world mostly shocked by hearing the sad demise of the actor. All over the world fans, and celebrities are posting their condolences on the death of Chadwick and paying tribute to the actor. Chadwick co-stars in Avengers, Captain America: Civil war, Chris Evans (Steve Rogers) said Chadwick was a geat friend, was shocked by the news and still couldn’t accept it as reality.

Chadwick Boseman married to Ryan Michelle Bathe and both were distributing ticket for terminal ill cancer patients kids before the premiere of Black Panther in 2018. Chadwick has won numerous awards including Screen actors giuld awards best performance , People choice award for favourite movie actor. Both for his role as T’Challa in Black Panther.

Chadwick was assessed with colon cancer even before his role in movie Black Panther. Boseman was diagnosed with stage III colon cancer in 2016, which eventually progressed to stage IV before 2020. He was fighting his battle all these years. Last few weeks his condition got worsen and Boseman died at his home in the Los Angeles area with his wife and family by his side, a statement posted to his Twitter account said.

On Chadwick demise, Marvel studios tweeted as “Our hearts are broken and our thoughts are with Chadwick Boseman’s family. Your legacy will live on forever. Rest In Peace.”

Catch all latest trending news on celebrities at royaltrendingnews.com 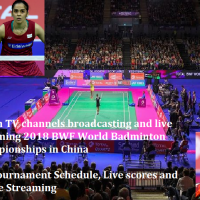