Barca fans still in shock after hearing the big breaking news on Tuesday, that their super star Lionel Messi is planning to leave his Home Club. As per sources, Barcelona FC board has called for an emergency meeting on Tuesday to assess the situation and come to an decision on Messi’s interest to move out of the club. This raises big questions on all football fans. If Messi is leaving Barcelona FC, then where he going to end up ? What is Messi’s preferred Destination ? Barcelona pain will become who’s gain ?

Which Club has most chance of getting Lionel Messi after his move out from Barcelona FC ? Where will Lionel Messi play if he leaves Barcelona, the preferred destination ?

From latest sources, mainly 3 clubs are shown interest and in front line of grabbing Messi in the first hand. Let’s look at the chances of each club to ger the ‘Messiah’ Lionel Messi.

Manchester City : English giants Manchester City are looking for a way to bring Argentine superstar Lionel Messi to the club, who have expressed a desire to end their long association with Barcelona. Manchester City are considering their options to bring Messi in the squad as he remains adamant about his decision to leave Barcelona. As per ESPN, the chance is high with City just because of the fact that Pep Guardiola, Messi’s favorite coach at Barcelona, is the current manager of the City. This increases the chances of such a move and giving City the higher chance of bringing Messi into their Den.

Paris -Saint German (PSG) : French club PSG, who faced the Champions Leagues final loss on last Sunday against Bayern Munich, are another group that has been eyeing Messi. It is very important for PSG to get an super star on to their side after that defeat. Lionel Messi’s play making abilities and his championship skills will be mostly suited in PSG colors. PSG coach Thomas Toohel has announced that he is ready to accept Messi leaving Barca. Messi has not emphasized the possibilities of accepting Toohel’s willingness to take him after Barca’s departure. Another interesting fact that Messi’s relation with Neymer might also give added advantage for PSG to bring the super striker into the squad.

Inter Milan: Meanwhile, Massimo Moratti, the former president of Italian club Inter Milan, has suggested that the possibility of bringing Messi to the team has been explored. The former president said that Inter had inquired into the matter even as rumors were circulating that Messi would leave Barca. Now as the picture is getting clearer, it is also interesting to see if Messi will be choosing his next location in Italian club.

Will Manchester City bring Messi into the squad ?

Manchester City, after their set back with FFPP last year and suspension from Champions League, won their appeal to the Court of Arbitration for Sport (CAS) over alleged financial fair play violations on July 13 and are free to play in the Champions League next season.

City’s plans to bring Messi into the team from within the UEFA 2011–12 Financial Fair Play (FFPP) which is to prevent clubs in Europe from spending more than they earn. Despite knowing that the deal with Messi is complicated, City’s move is to be prepared for the opportunity to acquire the superstar. If Barca are willing to sell Messi at an affordable price, City will calculate the cost accordingly. Either case, it will roughly estimate to negotiate down his €700 million release clause.

Even though all the speculations, Barcelona are currently adamant they will not sell Messi. Champions League quarter-final defeat to Bayern Munich was huge set back for Barcelona FC. Barca management have started a massive overhaul of the team, replacing coach Quique Setién with former club manager Ronald Cooman. Although Cuman has discussed the future of Barcelona with Messi, it is reported that Messi has indicated his intention to leave the club during this meeting as well,

Barca fans shared mixed emotions on Messi’s club leaving news. Some Barcelona fans considering it as the necessary change the club need to take to bring in the new blood into the Barcelona team considering future of the club despite they are emotionally attached to Messi. But other hardcore fans of Barcelona still cannot imagine a team without their Super star Striker Lionel Messi.

Once again it is yet to finalize, will Barca give up Messi ? Who’s going to gain with Messi, on Barca’s pain – Manchester City, PSG or Inter Milan ?

Catch all latest news and updates on Lionel Messi club transfer on royaltrendingnews.com 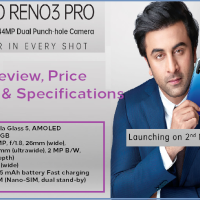